Today, the Russian International Olympic University (RIOU) hosted a ceremony of awarding degree certificates to students of the new professional retraining programme 'Master of Sport Management' developed at the initiative of the Russian Olympic Committee. The ceremony leading by RIOU Rector was attended by ROC President Stanislav Pozdnyakov, Vice-President of the National Olympic Committee of the Czech Republic Roman Kumpost and members of the ANOC Culture and Education Commission. 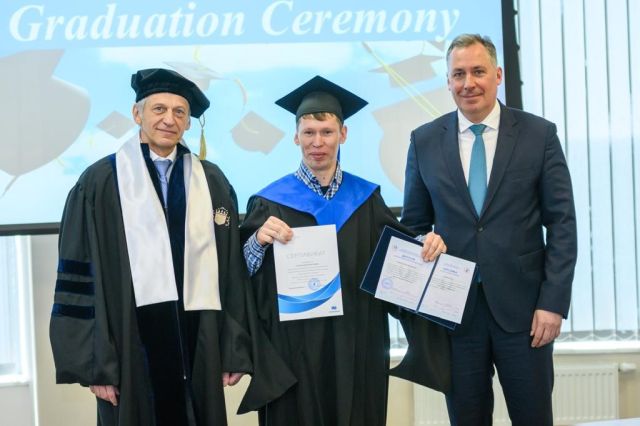 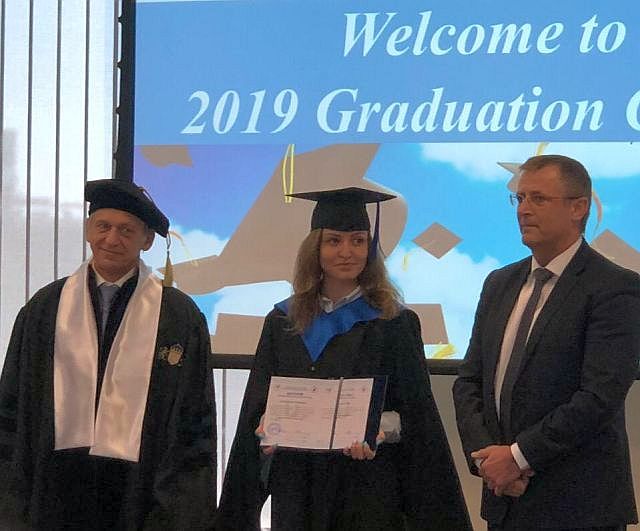 RIOU Rector, Academician of the Russian Academy of Education, Professor Lev Belousov said in his address to the graduates:
- My congratulations to you! You are the pioneers of our new pilot programme 'Master of Sport Management'. Judging by your results and the number of enrolment applications for the next year that the university has already received, the project has been a success. We hit the mark! The launch and effective implementation of the new programme is a vivid testimony to the flexibility of the University and its readiness to respond in a timely manner to the needs of students and new challenges.

The head of the Russian Olympic Committee, Chairperson of the ANOC Culture and Education Commission Stanislav Pozdnyakov expressed the hope that some of the RIOU graduates who have now become qualified specialists would join the ROC team in the future.
- I am very pleased that the awarding of degree certificates under RIOU's pilot programme 'Master of Sport Management' coincided with the meeting of the ANOC Culture and Education Commission. The fact that representatives of six National Olympic Committees are present in this room confirms the international status of the University. Our foreign colleagues have seen with their own eyes how ROC operates in the field of Olympic education. We are open for cooperation in all areas and are ready to fulfil the role of a driving force that helps other NOC partners to move forward.
In addition to congratulations, this is what I would like to say to today's graduates: we count on you in the implementation of our future programmes. ROC needs talented, educated professionals who are able to solve serious tasks, including those in the field of sport administration. 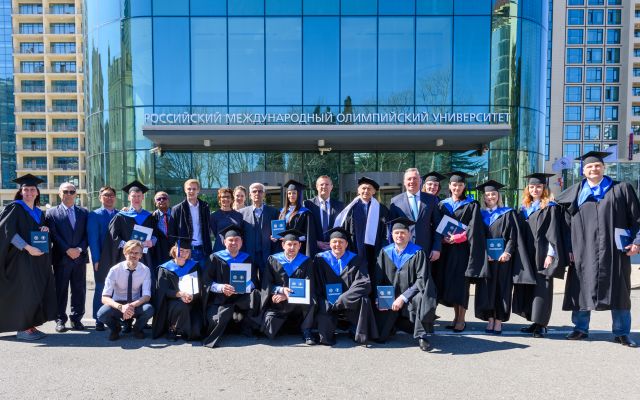 More than half of the graduates (eight people) are recipients of the Russian Olympic Committee grant. Together with the RIOU degrees, they were awarded certificates of participation in the Olympic educational programme, which RIOU has been implementing in cooperation with ROC for a third year.
Denis Sokolov, Honoured Master of Sport, 2010 World Shooting Championship silver medallist in the rifle shooting team competitions, is now preparing for the Tokyo 2020 Olympics.
- Studying at RIOU was a unique experience for me, immersion into another reality, – admitted the athlete. - I've learnt about that aspect of the organisation of sport that is largely hidden from athletes. After finishing my career, I plan to use this knowledge in the work for my federation. I will pass my experience on to the younger generation. At the same time, I would like to thank the Russian Olympic Committee and RIOU for having had the opportunity of studying on this great programme. Good luck to all the graduates!
The new programme 'Master of Sport Management' is primarily designed for athletes who, after finishing their athletic careers, intend to work in the field of physical culture and sports, as well as for all those who would like to become a successful sport administrator.
Among the distinguishing features of the Master of Sport Management programme are its originality, an emphasis on the real demands and needs of students, carefully selected teaching staff and an opportunity to get acquainted with best practices in the field of sport administration.
The programme has a special format. Training is provided on site from September to March and consists of 4 two-week sessions, two of which are held in Moscow and the other two – in Sochi. Classes are conducted in an interactive form by sports-industry experts and practitioners, as well as well-known business coaches and involve solving case studies, analysing real-life practices, preparing your own projects and finding solutions in various professional situations.
Participants in the Sochi and Moscow sessions have classes with their lecturers not only in the classrooms, but also at operational sports facilities, where successful top managers and specialists share their expertise with them.
In addition, RIOU Rector Lev Belousov has signed today cooperation agreements with the Czech National Olympic Committee, as well as the Fisht Olympic Stadium – the stadium where the opening and closing ceremonies of the Olympic Games in Sochi and World Cup matches were held will be a platform for practical classes of students and participants of RIOU upskilling programmes.

The NOC of the Czech Republic became RIOU's sixth National Olympic Committee partner. The University is already cooperating with the NOCs of Armenia, Brazil, Poland, Ukraine and Kazakhstan.
Roman Kumpost, Vice-President of the National Olympic Committee of the Czech Republic:
“The Czech Olympic Committee’s sports diplomacy programme started two years ago and today’s MoU with RIOU is another important step in the development of this successful project. We firmly believe that cooperation is key to the international development of sport. This agreement with RIOU will bring people together using two great tools: education and sport. We are excited by the opportunities that this MoU will create, and we thank our friends at RIOU for working with us in the exchange of knowledge and experience”.