The Rector of the Russian International Olympic University Professor Lev Belousov has been awarded the Badge of Recognition and Honour from the city of Sochi, highlighting the contribution of RIOU’s leader to building a unique educational institution which has become one of the major landmarks of the host city of the 2014 Winter Olympics. When presenting the award, Deputy Mayor of Sochi Irina Romanets said: “The Russian International Olympic University has an iconic role for Sochi.  It is a centre of attention for city citizens, as well as the world public. Since its inception, we have been proud of having RIOU in our city, and now we are happy to see the University developing so well”. 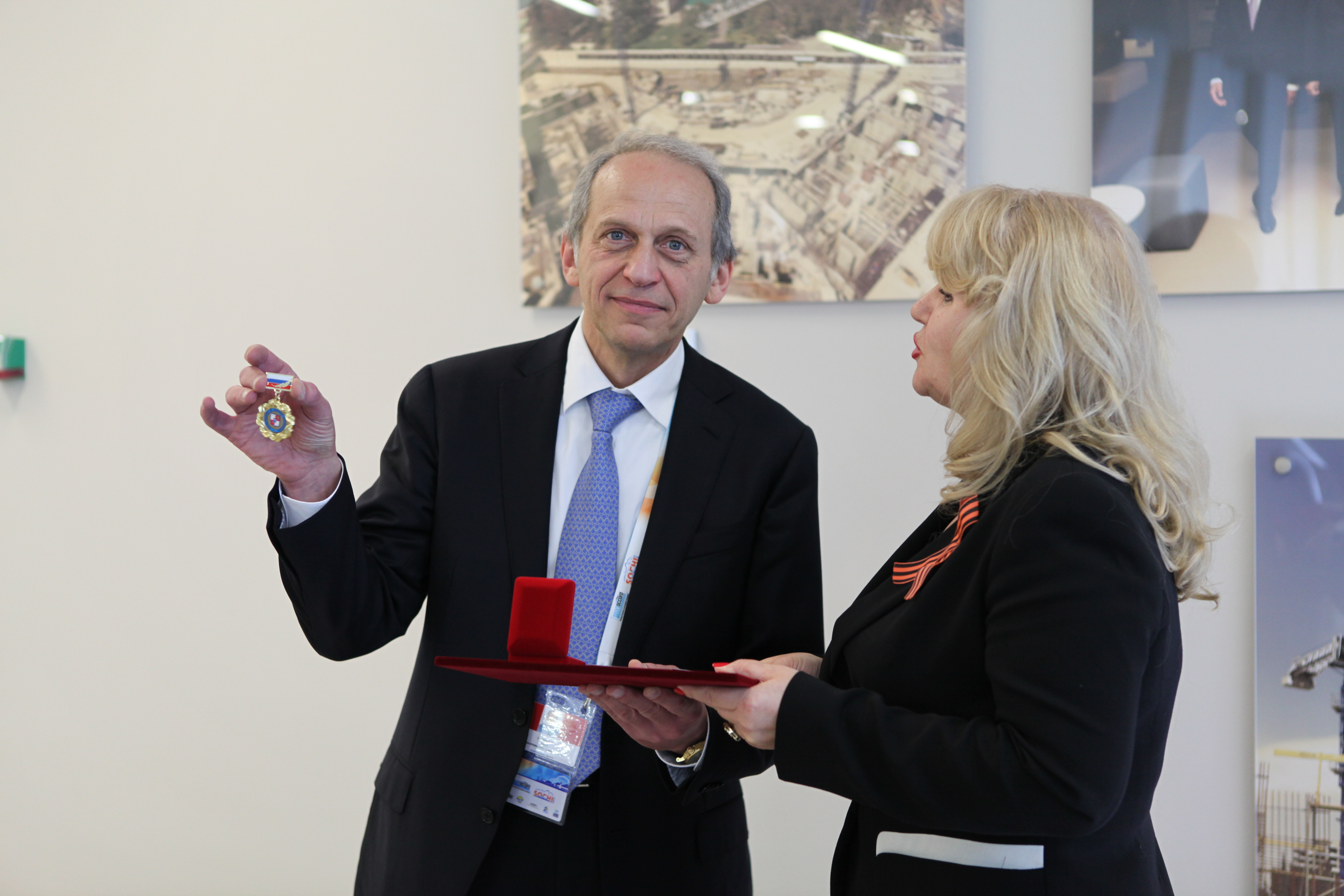