RIOU MSA student, Canada’s first female bobsleigh pilot to compete in the Olympic Winter Games, Christina Smith was among RIOU volunteers to attend the recent celebration events dedicated to the second anniversary of the Sochi 2014 Olympic Games. In her post-celebration notes Christina remembers the brightest moments of this iconic event. 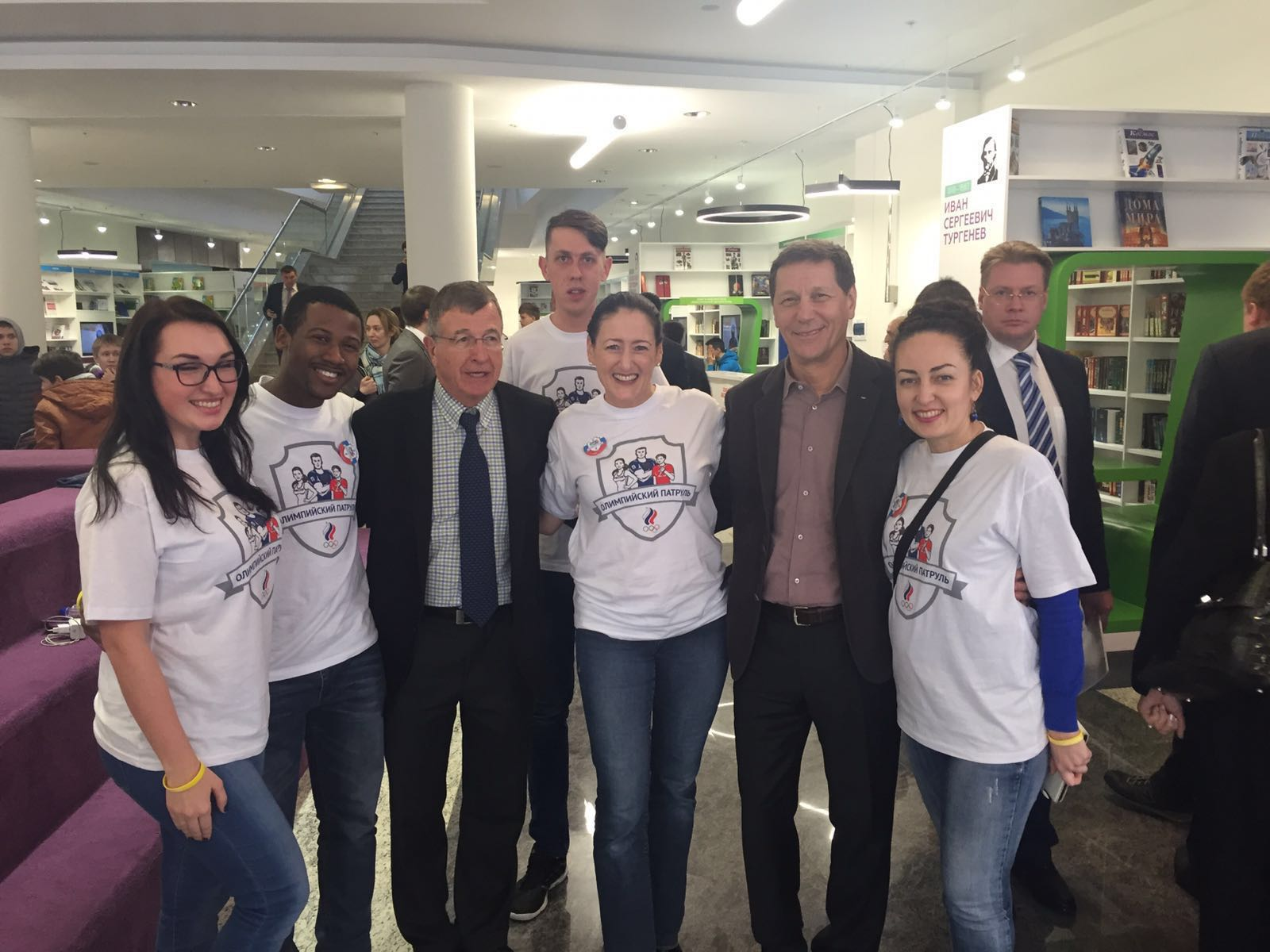 February 7 was a momentous day to celebrate the 2nd year since the 2014 Olympic Winter Games in Sochi, Russia. Some students from the Russian International Olympic University attended as volunteers, thanks to one of several Olympic Legacies of the Games being the volunteer recruitment department which supplies help for events in the country. Celebrations and festivities were held at Sirius, a unique educational academy where the future generation is nurtured and identified for Russia.

The day not only surrounded us with dignitaries from the highest forms of international and national Olympic bodies, governments and Olympians, but we were embraced by the joy and excitement of hundreds of young students. Sirius is the heart of where the best of the best gifted students unite to study in one of three disciplines: the Arts (ballet, painting, orchestra); the Sciences (biology, chemistry, physics, math); and Sports. Russia is preparing for the future through the discovery of raw natural talent that exists within its vast country by seeking children at all corners of the land and providing them the most prestigious opportunity through governmental funding which covers the highest education and instruction in their designated area of expertise as Russia hopes these children are the future masters in their discipline. Russia is proving to be a true role model for countries around the world by how the Olympic legacy is being used.

The day had a tight schedule of events that commenced with a warm up session led by Russia’s Wrestling Olympic Champion, to guest tours of the legacy facilities which were once a 5 star hotel, to dignitary speeches, Olympian Question and Answer session, to a press conference by a plethora of global media. We were also able to see the children at their talented work and play which made the atmosphere come alive.

Attending one of the most iconic events of the year presented us with the opportunity to meet successful summer and winter Olympic Champions from Synchronized Swimming, Figure Skating, Wrestling and Bobsleigh, as well as Executive Director of the Olympic Games of the International Olympic Committee (IOC), President of the Russian Olympic Committee, former IOC and Olympic Alpine Champion Jean-Claude Killy, the Mayor of Sochi, President of the Sochi Olympic Organizing Committee and hundreds of enthusiastic students and volunteers. We dined in the facilities on food prepared by top chefs and browsed the innovative halls and library facilities. The day included a little league hockey game in one of the legacy hockey rinks from the Games, which gave us the opportunity to see the sport athletes in action with some enthusiastic parents keeping score of their children.

The day ended with a strategic meeting with the head director of Sirius in order to propose Internship opportunities for RIOU students as collaborations with a superior facility would be a great future partnership and reflection of the high standards and quality of education to what we receive at RIOU.

This Olympic Anniversary will be celebrated and remembered annually by all Russians and forever in the memories and hearts of the RIOU students!