On the eve of the Victory Day, FC Lokomotiv Moscow took the top prize of the Russian Premier League defeating Zenit in the 29th matchweek (1:0). The Moscow team managed to grasp this title for the first time since 2004.

Students of the RIOU "Master of Sports Administration" program speak: Last March, Yuri Semin delivered a wonderful master class for us within the "Football: the Basics of Legal Regulation and Management" program unit. It was a very lively and frank conversation. Yuri Pavlovich shared with us his opinion on what makes a good modern sports manager, what skills he should possess, and also talked about the development of football infrastructure, football leagues, the quality of fields, the attraction of fans to stadiums, the question of the status of foreign players, the interplay of the coaching staff and club management, the challenges in organizingthe national championship, the development of kids football ... At the lectures of Professor Alexei Kirichek we learned about the peculiarities of strategic management in the sports industry, building relations with sponsors, attracting fans ... It's great when there is an opportunity to learn from leaders!

Meanwhile, we are anticipating the release of a documentary about the victory of FC Lokomotiv. 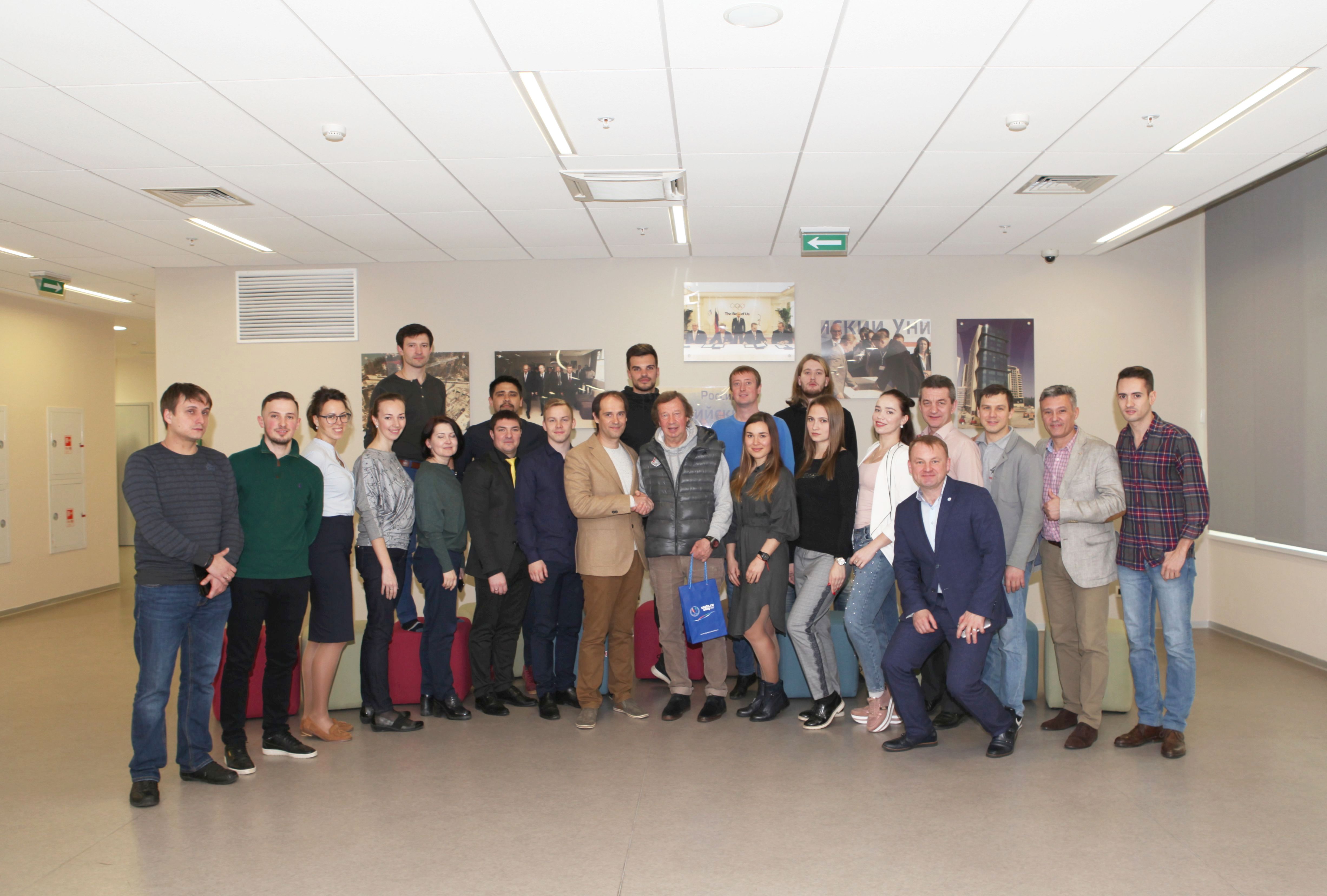