From December 10 through December 17, 2018 the Management and Marketing of the All-Russian Sports Federation Activity qualification upgrading courses of supplementary vocational education took place in Moscow on the premises of the Russian Olympic Committee. The participants from 7 All-Russian Sports Federations and the Central Olympic Academy took part in the educational program. The speakers of the courses included scientists, practitioners, heads of the Russian International Olympic University and the Russian Olympic Committee who examined the problems of sports industry development, perspectives of training sports reserves (backup) in Russia and the role of ROC in mass sports development. The problems of anti-doping support in sports, rights and obligations of the sportsmen were touched on as well.

The participants took a favorable view of the completed course, having in particular mentioned the richness of the program which allowed obtaining large volume of useful information within the short period of time; they also underlined that they obtained not only high-quality theoretical knowledge, but many important qualified practical experiences and recommendations as well. 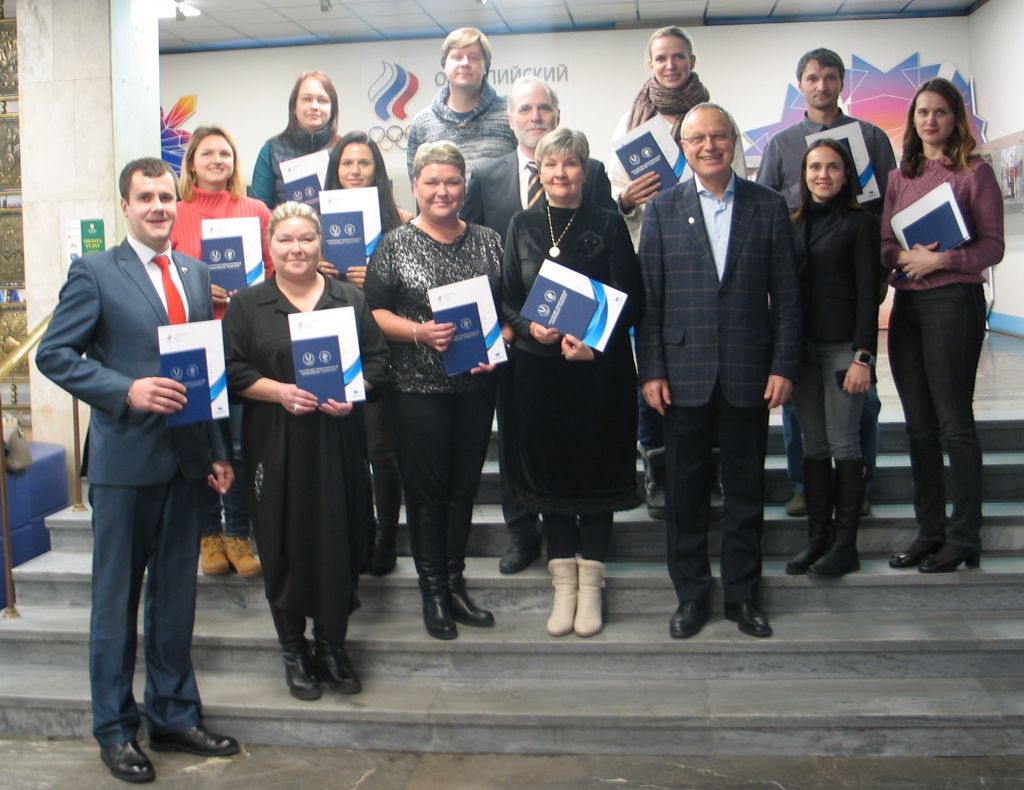