It was six interesting weeks for two alumni of the Russian International Olympic University who attended the International Event Management course at the Universite Paris-Sud in Orsay, on the outskirts of Paris, France as part of the agreement of cooperation between both universities.

Adewuyi, a communications professional and founder of Lagos-based sports communications company Camps Bay Media flew in from Nigeria for the course while Yurikov, a Taekwando trainer, came in from Russia. 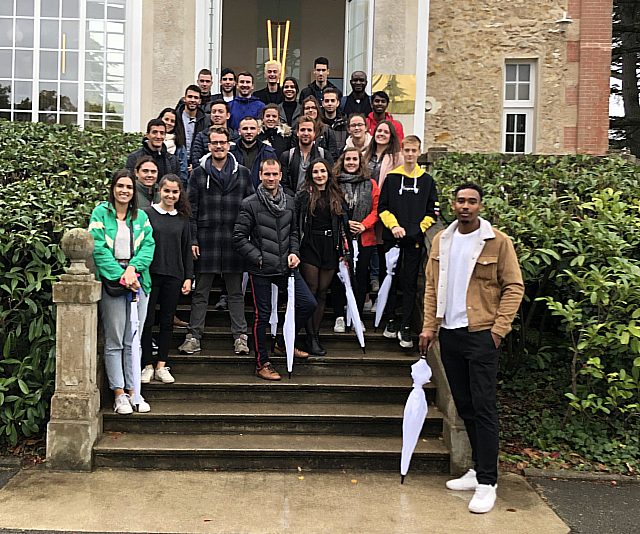 Alongside the foreigners studying at the elite French institution that was founded in 1970, the RIOU alumni were received by the UPSud community during the Welcome Day ceremony on October 3 at the Hall of Students in the heart of the college. University President Alain Safarti welcomed all foreign students to the institution and encouraged them to explore the immense opportunities while growing as part of the university’s alumni network.

The two RIOU alumni delved into the work before them as they distinguished themselves during class discussions and group presentations. They also partook of class excursions with one of the most important ones being the visit to the Centre National du Football, Clairefontaine, the mythical home of the French national football teams that is hidden in a quiet old forest reserve on the outskirts of Paris.

The wide-eyed group was shown around the expansive facilities that have propelled the French to be twice world champions, the last being at the 2018 FIFA World Cup in Russia. From simply decorated lounge rooms and dinner tables to the training pitches with grass cut to the finest details, Clairefontaine offered an impressive glimpse into the world of professional sports and the ingredients for victory at the top of the global game.

A walk through Clairefontaine’s underground gallery where exhibits of the 1998 and 2018 victorious teams were displayed left the students in awe of the experience.

In the class, students met with leading professionals in the sports industry who offered insights into the world of professional sports events management from the marketing, communication, sponsorship and policy perspectives. It was a period of creating new networks and new friendships for the RIOU alumni.

Outside of the classroom, both Adewuyi and Yurikov spent time together as they cemented their friendship, two different sets of RIOU. They watched an international football game between France and Turkey, a qualifying game for the 2020 UEFA Euro Cup, at the famous Stade de France in the heart of Paris.

Being in Paris also offered the RIOU alumni an opportunity to get to see the city’s historical sites like the Eiffel Tower, Musee du Louvre, the Champs Elysees and the Sacre Coeur among many other popular spots.