The IOC President noted the contribution of the Russian International Olympic University and its Rector, Professor Lev Belousov, to developing the Olympic legacy and promoting the Olympic ideals and values.

In a special message, the President of the International Olympic Committee Thomas Bach congratulated the RIOU Rector, Professor Lev Belousov, on his milestone birthday and emphasised the special role of the Russian International Olympic University as one of the main elements of the legacy of the Olympic Winter Games Sochi 2014. The President said that “the RIOU is a perfect tool for spreading Olympic knowledge, promoting the Olympic ideals and values, and carrying forward the Olympic spirit”.

He also noted that RIOU is counted among the most recognised universities in the world of sports business management. 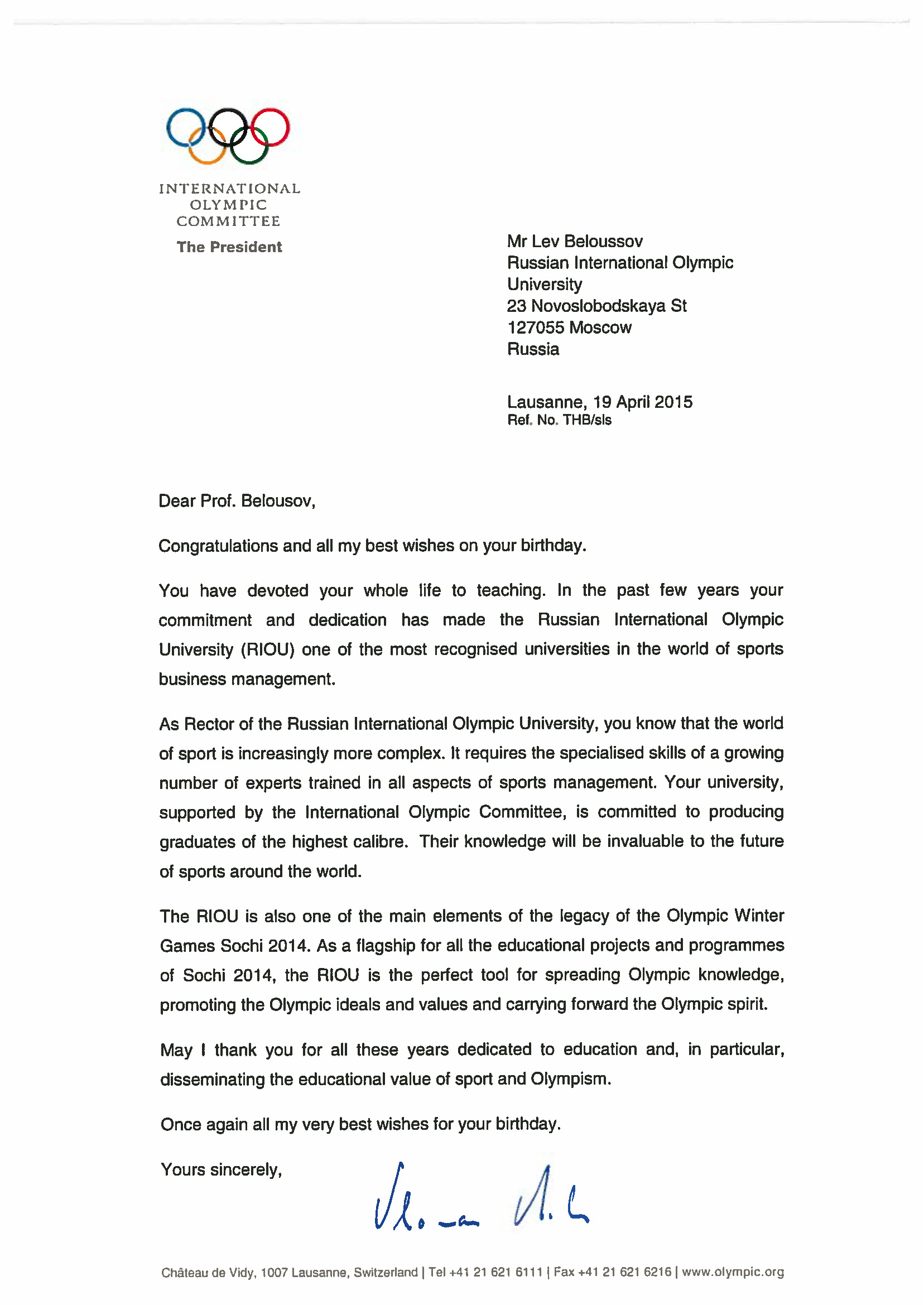