In 2016 the Russian International Olympic University will be hosting the annual Congress of the International Association of Sports Law (IASL). Two members of the RIOU faculty, Vice-Rector Nikolai Peshin and Anatoly Peskov, are actively involved in the work of this organisation uniting sports law scholars and practitioners from across the world.

The 21st IASL Congress took place in early November in Morocco. It was attended by over 200 delegates from different countries, including representatives of FIFA, WADA and other international sports organisations. Among the speakers and attendees were Morocco’s Minister for Sports and Youth, members of the royal families of Morocco, Kuwait and Saudi Arabia, leaders of the Arab Football Federation and the Saudi Arabian Olympic Committee.

The delegation of the Russian Federation comprised RIOU Vice-Rector Nikolai Peshin, RIOU lecturer and member of the IASL Board of Directors Anatoly Peskov, as well as Head of the Department of International Relations of Moscow State Law University and IASL Secretary-General Olga Shevchenko. 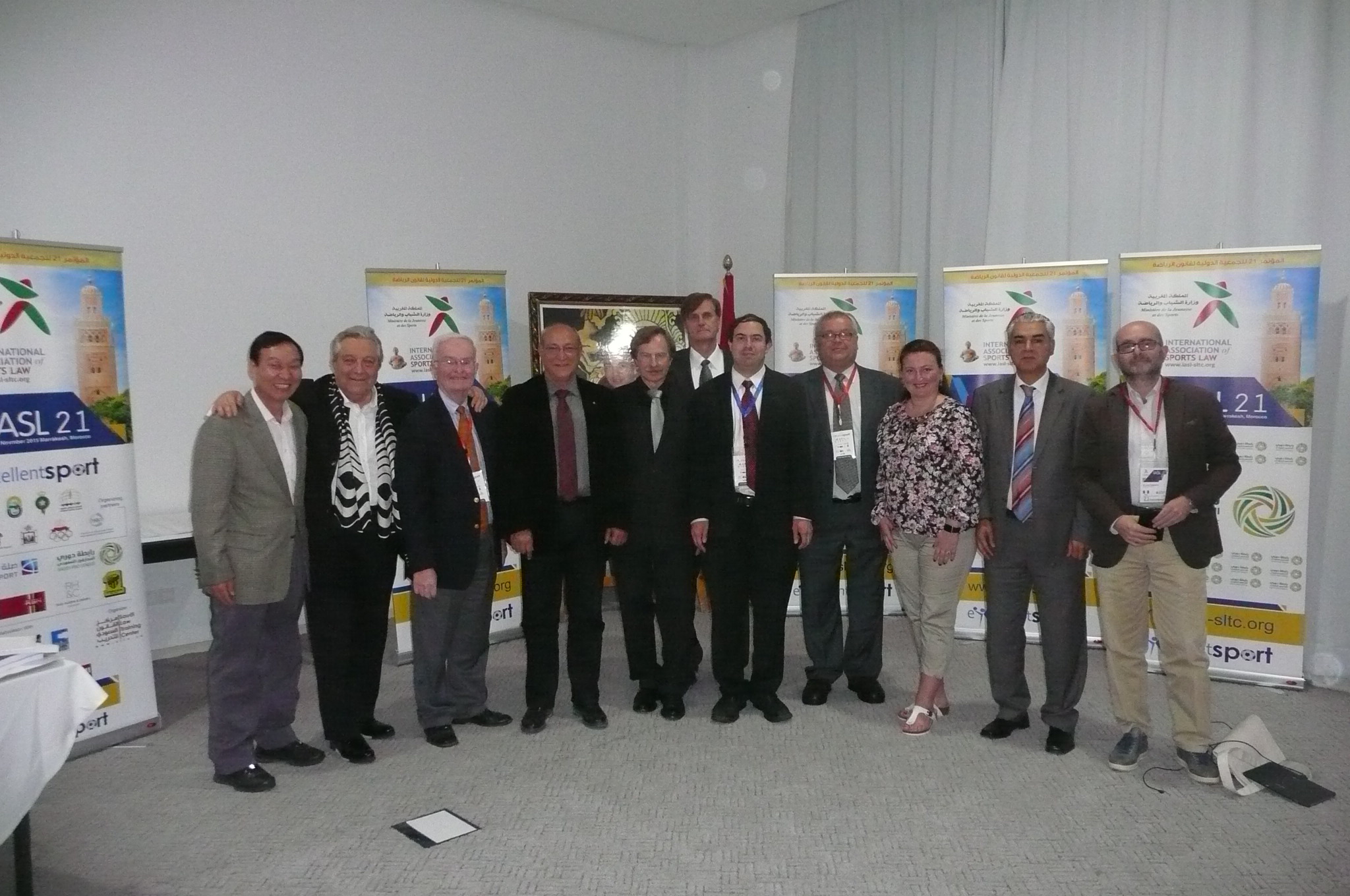 Members of the IASL Board of the Directors in Morocco.

Anatoly Peskov gave a speech titled‘Legal Regulation Issues at the 2018 Football World Cup’ and announced the invitation by RIOU Rector Prof. Lev Belousov to hold an IASL Congress in Sochi. The invitation was accepted by the IASL Board Directors, which confirmed the RIOU campus by the seaside as the venue of the next meeting of the international community of sports lawyers.

TheInternational Association of Sports Law was founded in 1992 in Athens, Greece, with the aim of bringing together acclaimed researchers, teachers and practitioners in the area of sports law. The IASL publishes periodicals on legal issues in sports and the Olympic Movement.